Some really surprising startling trends have appeared in this year’s analysis of schools’ spending on staff development. Carried out as a collaboration between SchoolDash and the Teacher Development Trust, the headline is that [bctt tweet=”Teachers in secondary schools had an average of £139 extra spent on their CPD in 2017/18 compared to the previous year”] while also noting that [bctt tweet=”Spending on teacher CPD in primary schools stayed the same while dropping slightly in special schools”]

Of course, how much is spent on staff development does not tell us how well the money is being spent. We don’t know how many professional development experiences are well aligned to the DfE CPD Standards, for example.

However, it is an indicator of commitment from schools. A question we regularly ask staff in schools during our TDT Audit process is to what extent they feel CPD is a budget priority and this varies enormously – not only by amount by by equity of access and how proactive leaders are in offering opportunities.

Here’s five other things you need to know from SchoolDash’s analysis.

1. The gap between CPD spend per teacher in primary and secondary schools is closing.

[bctt tweet=”In 2016/17 primary teachers were getting just under twice as much spent on CPD on average than secondary teachers. By 2017/18 this dropped to just 36% more”]

3. However, the picture is nowhere near uniform. Despite the headline increases…

4. The spread of spending is enormous 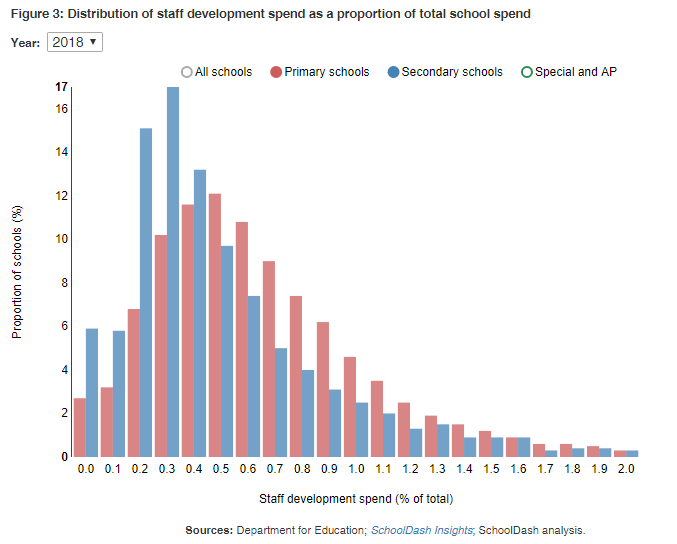 There’s enormous variation in spending. [bctt tweet=”Less than 18% of primary schools and only just over 12% of secondary schools spent at least 1% of their budgets on staff development. It would take £220m extra spending to take all schools to this level”]

Geographically, there are also huge variations. On average, schools in London and the South East allocate the most to staff development, though the North West is the 2nd highest region for spending at primary level.

5. A question of Trust

[bctt tweet=”Teachers who work in Academy Trusts get more allocated to their CPD, on average, than maintained schools. The bigger the Trust, the more they get.”]

This is rather surprising when you compare to the recent NFER/TDT research that showed that the larger the Trust, the lower the level of autonomy that teachers have (including autonomy over professional development goals). 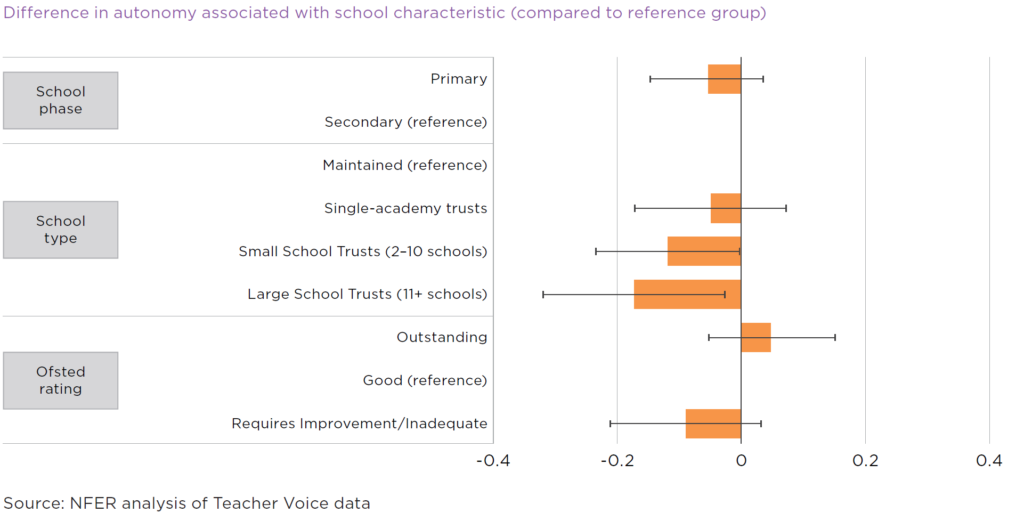 The next most important questions will be, how well are you organising development and how well are staff learning, growing and having increasing impact as a result. The TDT Audit process gives you a clear map of how well your school is currently developing and improving staff, and clear steps about to make it better

Please get in touch if you want to speak to one of our experts about how you’re using your CPD time and budget.